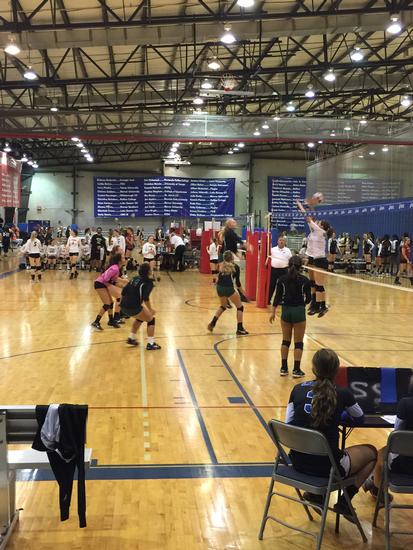 Girls Volleyball (18-5) found themselves in the opposite situation as they did only two day prior, as the Green Wave would jump out to an early 2-0 lead on the host New Smyrna Beach Barracudas and would hold on in the end for a 3-2 (25-21, 25-15, 18-25, 14-25, 15-12) road victory to close out the week. It was the second time in as many games the Green Wave would have to go the distance to close out the victory, but this time was a little more nerve racking as the Barracudas would storm back from a pair of games down to force the fifth set.  Senior Bailey Gillespy would lead all players with 17 kills in the match while Talyn Allard would chip in with eight kills of her own. Palmer Cowgill would have a nice match finishing with six kills and a block to help lead the offense.  Freshman middle-blocker Heather Claire MacIntyre would be a force at the net stuffing down three blocks while sophomore Erin Slafkovsky would finish with a pair of her own for Lopez.  Mia Prado would again run the offense from the setter position finishing with 23 assists on the evening.  The Green Wave have some time off before returning to action on Monday as they travel to take on the Matanzas Pirates starting at 6:30pm in Palm Coast.

YOUR GAME HAS CHANGED!